Our first venture into TV production was in the early 90’s when we focused on portraying the “weird and wonderful” and at times completely off the wall eccentrics from the UK. German TV eagerly broadcast these clips and we rapidly built up a reputation as the crazy Brits based in Frankfurt.

We then went full on and made a 6 part series entitled “Bizarre Brits” which equally gained success on the international markets. We were showing our films in Japan, Korea, Australia, USA, South Africa, and throughout Europe.

In the mid 90s we got serious and produced our first documentary about “Fox Hunting in the UK” for the German broadcaster ARD. Parallel to this we started producing mini docs on a regular basis for ARD, ZDF and 3SAT covering socially relevant topics and “Tomorrow’s World” type of programmes showing new discoveries in science and medicine. 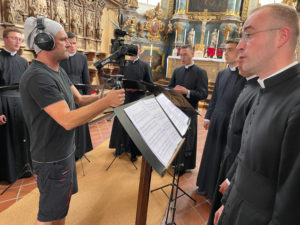 We regularly film and produce classical music videos and recently we had the pleasure to film Gregorian Chants in the beautiful St. Magnus church at the Abbey in Bad Schussenried, southern Germany. We decided on a very smooth and slow “moving camera” style using a gimbal and drone. This resulted in images which seamlessly flow into each other and this heightened the almost mystical effect which Gregorian chant evokes.

This film is guaranteed to move your heart and touch your soul! 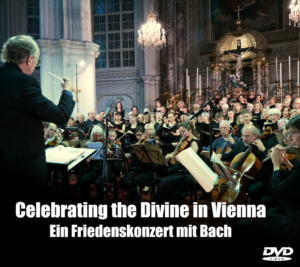 We are very happy to announce the DVD release of “Celebrating the Divine in Vienna” – the second film of our documentary series!

We’ve been having fun filming crazy sports and wacky events in the UK and Europe for many years now.
This clip shows just a few of them. Enjoy 🙂 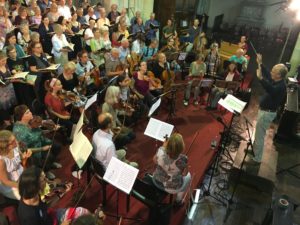 We were back on the road again last week following the “International Choir and Orchestra for Peace”.

This time they performed Bachs Mass in B Minor at the Minoritenkirche in Vienna, which was packed to the full with an enthusiastic audience who gave a thundering standing ovation. 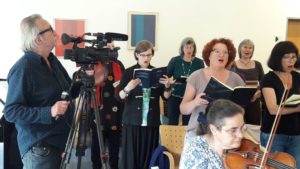 Shooting has started for our next „Music for Peace“ documentary with rehearsals in Bad Homburg. At the end of the month the shoot continues in Vienna where the „Caravan of Peace” will be performing Bachs Mass in B minor in the Minoritenkirche.

Copenhagen based Cosmo Films requested production services on a recent shoot they had in Frankfurt. It was part of an international thriller they are producing and we provided locations, talent, support crew, equipment, catering and all necessary permissions. 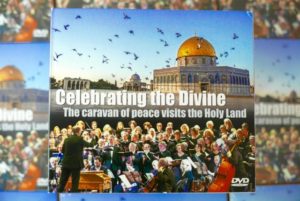 Our touching cry for peace documentary “Celebrating the Divine” is now available on DVD. 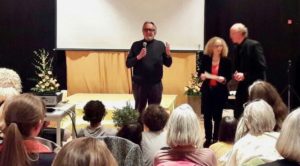 I was proud to present our documentary about the “International Choir and Orchestra for Peace” travelling and performing In Israel between the years.

We’re still editing the documentary we shot at the end of last year entitled “Celebrating the Divine”. 200 musicians from all over the world visited Israel and played Bach’s mass in B Minor in Jerusalem, Bethlehem and Nazareth.

We regularly produce short mini docs for German television on various themes ranging from technology, medicine and social issues. Here is a selection.